We would like to offer our sincere support to anyone coping with grief. Enter your email below for our complimentary daily grief messages. Messages run for up to one year and you can stop at any time. Your email will not be used for any other purpose.

Share a memory
Obituary & Services
Tribute Wall
Read more about the life story of David and share your memory.

Along with his wife, he is also survived by: his children, Janet L. Cates and husband Patrik of Texas; David M. O’Donnell Sr. and wife Donna of Reedsville; John A. O’Donnell of Mifflintown; and William E. O’Donnell and wife Tonia of Milroy; five grandchildren, Justin Cates, Jonnie Woods, Jessie Cates and husband Corey, all of Texas; David M. O’Donnell Jr. and fiancÈ Holly of Port Royal; and Dawn Marie Shellenberger and husband Lance of Texas; 13 great-grandchildren, including Shelby Roan, of Texas, his much loved, first great-granddaughter, whom he helped to raise. She was Pap O’s special buddy and brought much joy to his life. He is also survived by a sister, Beulah O’Donnell of New Lancaster Valley, a sister-in-law, Darla O’Donnell (Bob) of New Bloomfield, a special friend, Stanley Savitts, many special nieces and nephews and two soon expected great-great- grandchildren.

David graduated from Armagh-Brown High School in 1957. He was employed at Marlette Homes for 21 years, before starting his own cabinetry business. He built and installed quality cupboards for many satisfied customers in the area.

His funeral service will be held at 2 p.m. Thursday, Dec. 8, 2022, at Henderson-Bohn Funeral Home, 55 N. Main St., Reedsville, with Revs. James Richard and Frank Trego officiating. Burial will take place following the service at New Lancaster Valley Cemetery. His family will receive friends from 1 p.m. until the time of service at the funeral home on Thursday.

To send flowers to the family or plant a tree in memory of David J. O'Donnell, please visit our floral store. 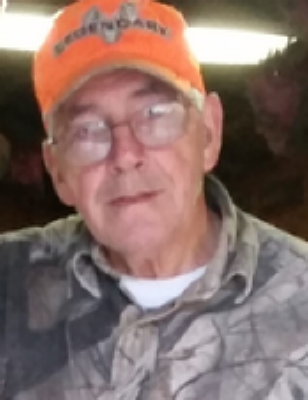 In Loving Memory Of

Look inside to read what others
have shared
Family and friends are coming together online to create a special keepsake. Every memory left on the online obituary will be automatically included in the book.

In Loving Memory Of

Look inside to read what others have shared


Family and friends are coming together online to create a special keepsake. Every memory left on the online obituary will be automatically included in the book.